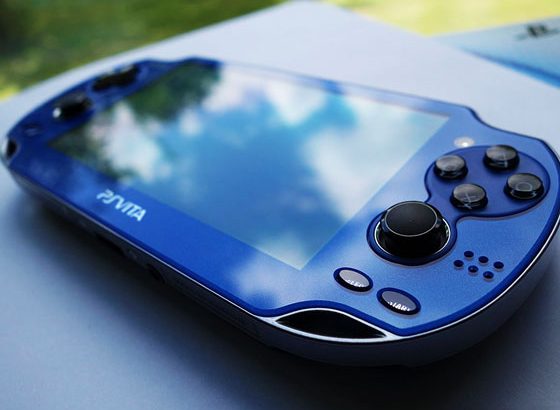 In March 2019, PlayStation announced that they would cease the production of their handheld gaming console, Sony PlayStation Vita. The PS Vita was supposed to be Sony’s response to the success of the Nintendo DS family of consoles. However, it failed to do so. The PS Vita entered the market in 2011 and managed to make around 15 million sales units in the eight years it existed for. When you compare these numbers to Nintendo Switch, which made 35 million sales in the first two years, you can see why Sony decided to direct its focus entirely on the home consoles PS3 and PS4. When we do a side-by-side comparison of sales, their decision to pull the plug is understandable:

In fact, in 2015, Sony came out and said they would stop producing their own games for the PS Vita. The handheld market has been dominated by Nintendo, and mobile gaming has made a big impact on the portable gaming market. Sony handheld consoles have suffered from mobile phones developing enough to be able to run demanding games. As a result, Sony has officially gone all-in on creating PS4 games and has (silently) accepted the defeat.

So now what? What happens to PS Vita games fans? Is it all done? The future is not that gloomy. Although there are no new PlayStation games, there are still new video games coming out frequently. PS Vita platform has become a sort of a haven for indie game developers, who have, rather surprisingly, found their home at this rather neglected console. Admittedly, indie games are not a new concept that was introduced on the Vita, but it’s proven to be a better platform than PS3 and PS4.

Indie Vita games, such as OlliOlli and Thomas Was Alone, which received BAFTA gaming awards, have gathered a huge following. Although Vita ultimately failed to fulfill Sony’s ambitions, they do have this rather unique niche appeal, which comes up with some great releases. You won’t find big franchise games like you used to before (Assassin’s Creed III: Liberation and Uncharted: Golden Abyss come to mind), but if you’re a fan of indie games, look no further. Since the majority of users come from Japan, anime-styled games and JRPGs dominate the scene.

This is our list of ten PS Vita handheld games which you can play in 2019:

Notably, not all of them came out this year, but they are far from showing their age and still have something special to offer. Let’s have a brief overview of each one.

Released in 2013, Tearaway is still going strong six years later. Back then, it was a revolutionary papercraft platform adventure, and it is still one of the best PS Vita games in that genre. The game has taken advantage of virtually every Vita function, which makes it one of the best games ever designed for this handheld.

The story has you go through levels so that you can deliver a message. You can use the surroundings to your advantage as you’re able to use different shapes of paper to overcome certain obstacles. It’s a creative puzzle-obstacle game with a cute design and a fun storyline. If you want to find out the full scope of your Vita’s possibilities, try out Tearaway!

Shovel Knight originally launched in 2014, but thanks to its fandom, the game still receives new updates and content. Since the original, Yacht Club Games has come out with many different campaigns, such as Specter of Torment and Plague of Shadows, and this one is no different.

In King of Cards, you control King Knight as he talks about how he became a member of the Order of No Quarter. As you can see, it’s a prequel storyline. The game contains new stages, bosses, regular enemies, and minigames. 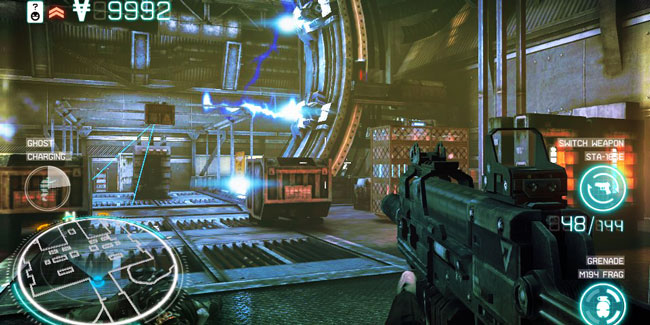 When it comes to first-person shooter series, Killzone, admittedly, has never reached the altitudes that the likes of Call of Duty and Counter-Strike have. However, the Mercenary sequel, which came out exclusively for PS Vita, is a different story for its niche. It’s arguably one of the best FPS games for handheld consoles ever made. It comes with one of the best visuals on Vita, has engaging gameplay, and they’ve obviously made it with Vita in mind since it fully takes advantage of the console.

Its multiplayer mode with the matchmaking system can easily rival Xbox and PS games. You’re in charge of Aaron Danner, a mercenary gunman who gets involved in the Helghast-Vektan war (you’ve all heard of the famous HV war, haven’t you?). With an abundance of modern weaponry and breathtaking visuals, you’ll receive an action-packed FPS with astounding graphics.

At a first glimpse, Lost Dimension seems like your ordinary tactical RPG. You form a party which takes part in turn-based grid battles, each hero has its type (damage dealer, healer, tank, etc.), and the proximity to enemies determines the amount of damage. All in all, a game that every developer who’s a fan of HoMM (Heroes of Might and Magic) ever made. But there’s a unique twist which sets Lost Dimension apart.

Every time you progress through a level, you realize that one of your teammates has betrayed you. Betrayal is a punishable offense, and you need to figure out who did it so you can remove them from your roster (and existence in general). Consequently, it’s easier to work out who the Judas was if you take a team with distinctively different characteristics. As a result, you will have to learn how to play with different hero types, which will make you break away from a repetitive mold. Also, as you eliminate traitors, your roster will be smaller, which means you won’t be able to select the same characters all over again. It’s a unique addition to tactical RPGs, and with an interesting storyline, you should really give Lost Dimension a go.

Rogue Legacy is a dungeon-exploring game with a unique twist. Rogueness would have it that your characters die pretty much all the time. It can be frustrating at times, but it’s not due to your lack of skill — they’ve simply designed it that way. So how do you progress if you keep dying? That’s where “legacy” kicks in! As one character dies, you take control of their next of kin. As an heir, you get to keep your predecessor’s progress and inventory as you carry on with the adventure.

There’s also some strategy involved. Your spawn has different classes, and all of them come with individual abilities which make this game fun. Genetics plays a great part in this as what you’d call an illness in the real world, in Rogue Legacy, it’s a skill. For instance, if you can’t feel your legs, you can easily go through land spikes. Dwarfism is perfect to have if you need to climb into small areas of the map. There are also negative attributes such as tunnel vision and muscle weakness.

Released in May 2019, Shakedown: Hawaii is a sequel to Retro City Rampage, a violent top-down shooter, with an open-world concept in a crime-ridden city. In Shakedown: Hawaii, the series received a massive expansion of the gameplay as now you can buy shell corporations and be in charge of them, deal with landing zones, and racketeer shops.

Although they’ve added all these management parts to the gameplay, it kept its core purpose of going around the open-world map and cause chaos with explosions and other weaponry.

Before DICE hit the jackpot with Battlefield, turning the FPS into a franchise that become the number one competitor to Call of Duty, they used to make racing games and pinball. One of their first outings into the shooter world was supposed to be Hardcore. They planned to release Hardcore in 1994, as a 2D run-and-gun shooter with powerups and waves of enemies (think Metal Slug). The original console was to be Commodore Amiga and Sega Genesis, but they never released it.

That is, until now. After 25 years of waiting, DICE co-founder, Fredrik Liljegren, announced they would go ahead with the production, and later this year, the PS Vita would get its first look at Hardcore, a game that we’ve been waiting for since the early 1990s. They are yet to state whether the game will go through modernization, or it will be the way they originally imagined it.

Full Body is a remastered version of the original Catherine edition which went out in 2011 on Xbox 360 and PS3. The remaster came out this year and follows the original story of Vincent Brooks, who is in a love triangle between his girlfriend Katherine and a younger lady, Catherine. As Vincent, you will converse with your friends and love interests during the day. At night, you take on strange nightmares in which you have to climb platforms and blocks and avoid dying to monsters.

In this new version, they’ve included another story arc in the shape of Rin, another girl Vincent likes (making it a love square, if you will). There’s also an online mode and various different endings of the storyline. 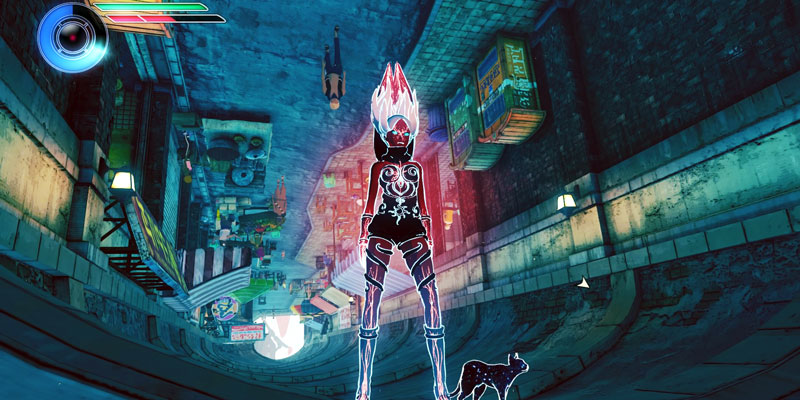 When you hear that this game falls under the category of open-world adventure with characters having superpowers, you’ll probably think you’ve played multiple games like this one. However, Gravity Rush gives us a unique approach and perspective to this category. The protagonist, Kat, which you control, has the power to shift gravity. After the initial getting used to, you will have great fun switching the concept of downwards at any moment. This will allow you to run up the walls, jump through the air, and enjoy some well-made panoramic views of the world.

The game progresses in an episodic mission structure, with the storyline keeping you on your toes and constantly throwing curveballs and plot twists. You will battle Nevi, a jelly monster which shapeshifts. Starting from hand-to-hand combat and rising up all the way to having to defeat several-foot high bosses, Gravity Rush is full of surprises and engaging gameplay. 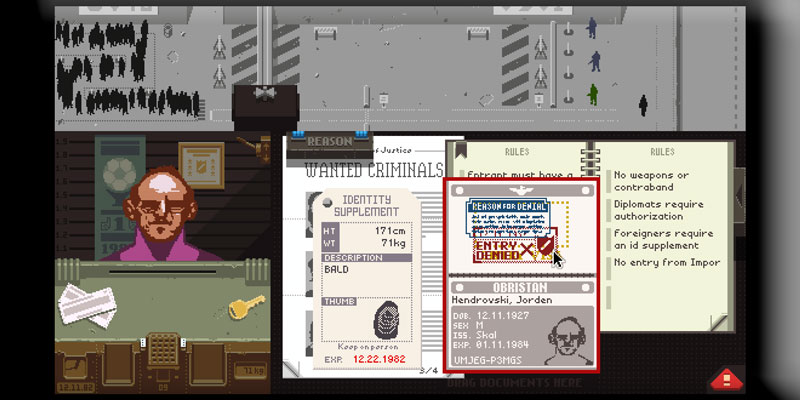 Papers, Please takes the accolade for one of the most creative and authentic indie handheld games. Once you’ve tried it out, you’ll find it hard to find similarities with any other game you’ve played. It’s a puzzle, where you play an immigration officer in a dystopian country from the Eastern Bloc. The game actually has you do your daytime job at the border, and the salary you receive goes on buying food for the family and paying heating so that they don’t die from cold.

It’s a very dark game, where the premise is that you allow only people who meet the criteria in and deny access to the others. It’s analytic as you have to spot discrepancies in the paperwork they hand over and the information your government has on them. You do all of this against the clock, so you don’t have time to dawdle. You pay your mistakes by taking a pay cut, which is really bad news for your family. The immigration policy changes on a daily basis, so you have to make sure you’re in line with the current law. Overall, it’s a challenging game which has you make difficult decisions and one you should definitely give a go!

While the PlayStation Vita won’t receive blockbuster titles anymore due to Sony putting it on the back burner, there’s still plenty of content for the fans of the console to enjoy. There are many indie developers who found their niche market with the Vita and new upcoming releases are not lacking.

Still, older releases are not to be neglected. Although some games on this list are five or six years old, time has been kind to them, and they still offer something different and appealing. If you’re a Vita user who took Sony’s decision to stop production hard, this list may be encouraging for you. Don’t worry, there are still great games available, and there are still developers working on new PS Vita handheld games!