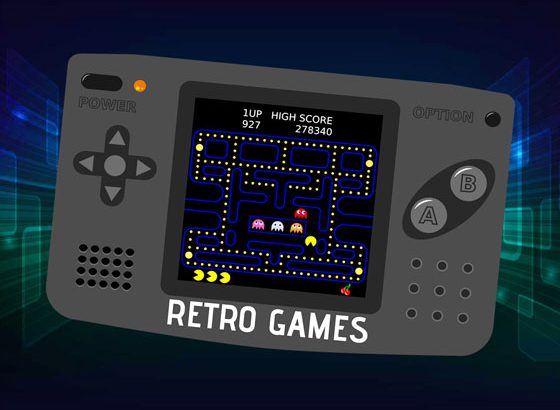 It was the year 1976 when the first-ever handheld game came out. Mattel released Auto Race, which revolutionized the way we thought gaming was possible. However, it wasn’t until 1989, when Nintendo came out with Game Boy, that the handheld console gaming really took off.

In the next decade and a half, electronic gaming was most popular in the shape of these consoles. In the era when not everyone had a PC and internet in their homes, and with home consoles such as Sega Genesis and Nintendo’s SNES still far away from giving a great gaming experience — handheld game consoles were ruling the market. You had plenty of consoles and companies to choose from, and back then, gamers were really spoilt for choice. Here’s a list of some of the most common consoles, together with their sales units:

As you can see, these video game consoles had an amazing following all over the world. But, now’s not the time to talk about the consoles themselves. Let’s go over some of the best old handheld games.

If you were a fan of tiny LCD screens and not completely calibrated game controls, then this will be a trip down memory lane for you. Portable video consoles were there for the millenials as we were growing up, and we’ve made lifelong friends with Mr. Pac Man, the Mario Bros, and other digital pals who watched us go from kids to adults while playing games. Here’s our (unordered) list of 12 best old-school handheld games:

Let’s give a brief overview of each one.

Tandy was a fairly successful device among handheld game players in the 1980s. One of their games, Cosmic 1000 Fire Away, is clearly the company’s take on Space Invaders. It’s a three-column game with clever design in which you avoid enemy planes’ attacks and try to destroy them with your own shots. The console had a vacuum fluorescent display and the figures would light up or dim down, depending on what was going on in the gameplay.

Some say this was the forerunner of VAR technology. There was a 3D stereoscopic display which you would hold close to your eyes and watch a 3D game design. Admittedly, it was nothing fleshy, but for 1983 (the year it came out), it was something really remarkable. There were two LCD screens and colored filters. With this, your eyes would get a different set of graphics and you would see a 3D effect which was, frankly speaking, mind-blowing back then. There were buttons on top of the unit and playing the game for several hours wasn’t the most comfortable thing to do, but if you were an early-1980s kid, you’d be fascinated.

Another one from Tandy, and another knock-off version of a more popular game — Pac Man! Released in 1983, three years after the original, Tandy’s Hungry Monster went into the long line of copycat games. However, this one was arguably the best of the bunch. Your goal was to eat as many pellets as possible (represented by green dots on the black-and-white vacuum fluorescent screen), and avoid Bogey, an overpowered enemy who was suspiciously ghostly. 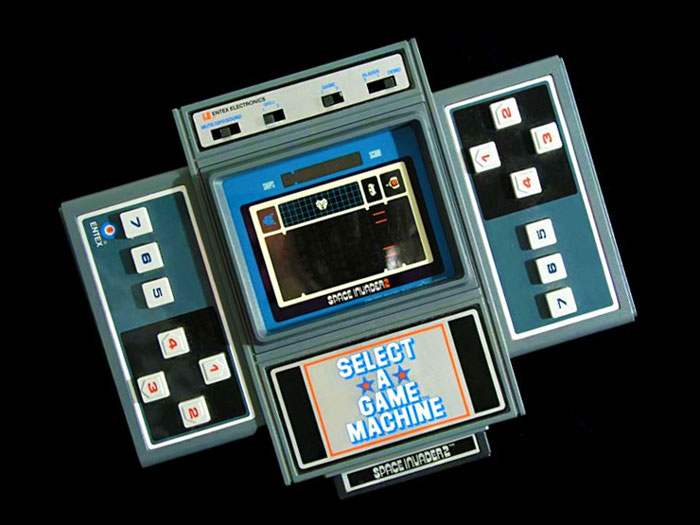 Coming from Entex, Select-A-Game Machine came out in 1981 and it showed one of the first efforts to move away from handheld into a tabletop console. It was large enough for two players to enjoy a co-op action and you could still hold it with ease in your hands when you’re playing solo. The display consisted of a 7×16 grid and there were cartridges which you would insert to start a game. Entex released only six games for the S-A-G.

Before Game Boy was a thing seemingly everyone on the world owned, Nintendo had another different handheld console, with the game series named Game & Watch. One of those games was Zelda, one of Nintendo’s main hitters. Zelda Game & Watch had a two-screen display on which you could follow the adventures behind The Legend of Zelda. The top screen had an area to display the character’s inventory. 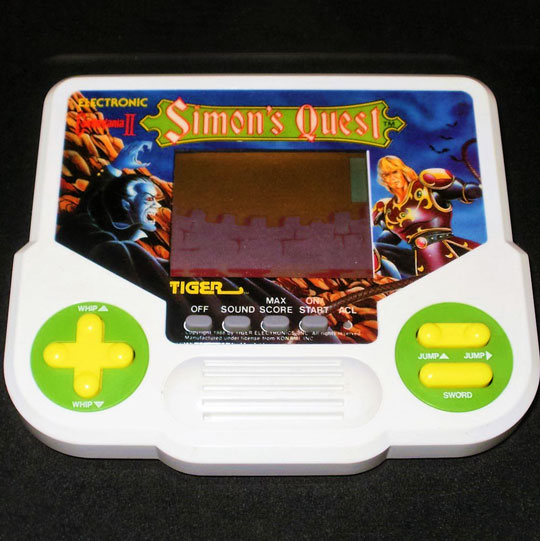 Tiger Electronics was an active handheld console company, which started coming out with products in the 1970s and continued to do so until 2012. Their greatest works were in the 1980s, though. In that decade, 1988 to be exact, they released Electronic Castlevania II: Simon’s Quest. The game was an adaptation of the NES video game of the same name. The design was fairly simple — it consisted of “jump” and “attack” commands alongside movement buttons.

Made for Sega Game Gear, Disney’s Aladdin was based on — no rewards for the right answer — the story of Aladdin! Released in 1994, Disney’s Aladdin had remarkable graphics for a handheld game from that time. It’s almost as if they mixed the SNES and Genesis releases together and came up with a handheld version. You could run and attack your enemies. There was also jumping from one platform to another to avoid pitfalls.

Released by Mattel Electronics in 1981, this handheld game didn’t have a lot in common with the pen-and-paper RPG apart from the name. It was a red blocky console which could fit in your pocket, so you could take it into a classroom, or somewhere else, we don’t judge. In the game, you would go through a dungeon maze. There, monsters would wait for you and you could slay them. The console used a black and white display.

Beginning in the 1970s, a company Entex came up with a series of electronic games that all revolved around baseball. The console had a playfield in the shape of a diamond which represented the baseball pitch. Parts of the pitch would light up as you played and you had three buttons to progress through the game. Electronic Baseball 3 came out in 1980, which was the last Entex baseball console.

Another Nintendo hit game, another Game & Watch adaptation. G&W console received a release of Nintendo’s most famous game franchise, Super Mario Bros. It was an older-generation console (the game went out in 1988), and the graphics were a bit calculator-ish. Nonetheless, it was a brilliant game built on great gameplay, instead of captivating design, something that not many contemporary games can say for themselves.

Made for Nintendo DS and Sony PSP, Chinatown Wars is a handheld addition to the famous Rockstar Games franchise. As every GTA game, it’s an open-world game with shooting, killing, violence, and a great storyline. Of course, it can’t really compare with the PC mammoths like San Andreas and Vice City, but it was still a great handheld game, with the gameplay and the storyline fitting to be a part of the franchise. 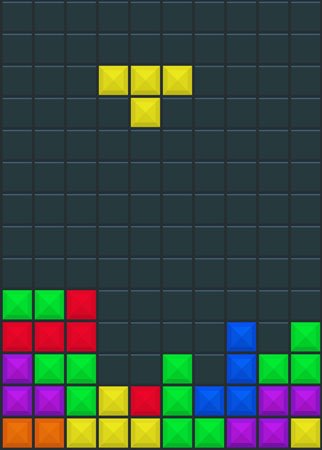 We tried to avoid all the cliches of classic Pac Man and Super Marios, but it just felt wrong making this list without mentioning one of the greatest games ever built. Made for Game Boy, Tetris was a block-building game where a row would disappear when you filled it with blocks. Nowadays, Tetris is available on every device, from PCs to your phones, as it survived every test of time.

Back in Our Day…

For the most part, handheld consoles are now only a feature in movies, tv shows, and videos which have a 1980s-1990s setting. Although Nintendo released a successful new handheld console, Nintendo Switch, handhelds are slowly becoming a thing of the past. Now, what’s left is for us to reminisce about the games we used to enjoy and consoles which used to be in our hands for months and weeks.

We’ve decided to make this list so that we could get a nostalgia trip to our youth. Hopefully, you agree with our list, as we’re sure that some of you are annoyed that your favorites are missing.